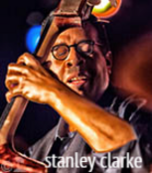 Questions and Answers about the new LAjazz.com

​Q:  Why did LAjazz.com make these changes?

A:  Michael Heilpern, the Founder and Publisher of LAjazz.com, began LAjazz.com as part of his larger company Highpoint in 2004.  Some of the key programming code dates from that period, and is now obsolete and unable to be optimized to meet current Internet standards.  The existing code base and host servers were very difficult and expensive to maintain, and largely incapable of adding more multimedia functionality while providing high performance, which I believe is fundamentally important to a website providing information about live music.

Q:  Why not just continue with the existing LAjazz.com?

A:  After Michael Heilpern's passing in early 2014, the remainder of Highpoint (minus LAjazz.com) was transferred to new owners and renamed Highpoint Web Design, LLC. Much of the key custom programming code used to build the original LAjazz.com is familiar to only a few people in the world, and became very expensive to maintain and/or develop, requiring the use of Highpoint personnel at a premium rate. The original LAjazz.com also required an additional main platform license, which was recently discovered to be outdated, no longer supported, and extremely costly to update.  If that necessary update had been made, there would have been considerable additional expense to debug any problems that would have occurred, while no improvement would be made to the site's basic functionality.  Highpoint's new owners were also unwilling to provide 24/7 support or industry-standard uptime guarantees which are usual and customary for a site like LAjazz.com.  In addition to LAjazz.com's outdated/obsolete code and licenses, Highpoint recently insisted that LAjazz.com be moved to a new web hosting service, that LAjazz.com pay a licensing fee of thousands of dollars to continue to use the existing proprietary code, plus pay a premium rate for all ongoing code maintenance or development - on top of the new web host's regular fees. Finally, because of the outdated LAjazz.com main platform license, no major hosting service on the West Coast would accept or support the original website, meaning additional delays in the site's response times if the LAjazz.com servers were moved to the East Coast where the new potential host was located.  After review, LAjazz.com's basic operating costs would have more than quadrupled for the coming year with only marginal improvement in overall site performance, and it was decided those resources would be better used elsewhere, allowing LAjazz.com to be redesigned with current and future user and advertiser needs in mind.

Q:  How do I get jazz event information in a calendar-type format now via LAjazz.com?

A:  The best way to get day-by-day music listings is via the About & Out column, which is published each Monday morning, and will now list 10 days of upcoming jazz events by date.  There are links to reach About & Out via the Blogs page and the regular News Story near the top of the LAjazz.com Home page.  You can also easily sign up to receive a notification via e-mail when a new About & Out is published, which will contain a link to check the latest music event calendar information.  Featured Event listings are also listed by date on our Home Page and on the individual Neighborhood pages where the event occurs.  We are also publishing a "Quick Calendar" at the bottom of the Home page which lists basic information about the next three days of upcoming local jazz events.

​
Q:  Why has LAjazz.com changed from the calendar-based format to one centered on venues?

A: The size of LAjazz.com's database and the number of functions attached had grown over the years to a point where it overwhelmed the programming code and servers used to construct and operate the site – LAjazz.com became a victim of its own success. The original database was designed to only add information, rather than allow for easy deletion, meaning there were many hundreds of venues in the original LAjazz.com database that were no longer offering jazz, and in many cases no longer existed, but continued to use site resources.  The original LAjazz.com used staff hours from up to six Highpoint and freelance employees to perform maintenance and development including calendar-related input.  Those personnel resources are either no longer available, or only available at premium rates.  The original calendar listings required dozens of hours monthly to create and update while most venues now maintain their own websites and calendars, something that wasn't the case a decade ago.  Switching to a venue-based format allows us to continue to direct people to live jazz in their local Neighborhoods and beyond while requiring much less time to maintain, and also allows us to more easily include additional venues.  In addition, we want to offer the best possible support to both existing concert halls and clubs as well as potential new venues, as they provide the majority of ongoing opportunities for fans to see live music, and for musicians to play and earn a living.  The new LAjazz.com allows for multimedia, mobile, and other improvements the original site was simply incapable of.

Q:  What about free event listings?

A:  Jazz event information can still be be submitted at no charge via the Submit Your Event For Free page, and will be considered for addition as part of our Neighborhood pages by venue, as well as considered for inclusion in About & Out, Quick Calendar, Facebook, and Twitter, but placement is not guaranteed.

Q: Can I still feature my event and receive guaranteed placement on the Home page?

A:  Yes, LAjazz.com will continue to list individual Featured Events on the Home page.  In addition, Featured Events will be listed on the Neighborhood page where they are scheduled, and an optional photo may now be included.  If the event has an associated Web or Facebook page, we will also link directly to that page as part of the Featured Listing. Please see the Submit A Featured Event page for details.

Q:  Will About & Out and other blogs continue?

A:   About & Out will retain its current day-by-day format and continue to be published each Monday.  The number of days included will be increased from eight to ten, which follows the original Neighborhood Newsletter ten-day format, and will now include events from Monday through the following Wednesday.  Blogs will now be published using industry-standard blogging software allowing for more functionality including multimedia on mobile devices, along with additional advertising opportunities.  You can now easily follow any LAjazz.com blog you wish and receive an automatic e-mail notice when a new blog is available.  Click the Blogs page for more information.

Q:  What about the Neighborhood Newsletters?

A:  The previous eleven Neighborhood Newsletters were generated using a separate paid service directly tied to the existing LAjazz.com calendar database, and were available to LAjazz.com at a discounted rate due to being part of all of Highpoint's newsletters, which ended in 2014 when Highpoint was sold.  Shortly after the sale, we discovered that hundreds of spamming robots had signed up for every LAjazz.com Neighborhood Newsletter, which had effectively doubled the costs of sending those e-mails.  The master email lists now have to be manually sorted and purged to remove spam robots on a regular basis, taking considerable time and resources. It was also projected that Neighborhood Newsletter e-mailing costs would substantially increase again in the next year, and the decision was taken to at least temporarily discontinue them.  Jazz venue and event listings by Neighborhood remain available via the new Neighborhoods pages, and we hope you'll continue to find them there. In addition, anyone may sign up to follow the About & Out weekly best gig bets column via its new page, and receive an automatic e-mail each week when published to get day-by-day listings for the next ten days. ​

Q:  Why is there so much more information and multimedia devoted to LAjazz.com's main sponsoring venues and concert halls?​

​A:  The Premiere Concert Halls and Major Jazz Venues that comprise LAjazz.com's main sponsors are recognized both locally and nationally as some of the best venues in America, and in some cases, the world.   I want LAjazz.com to showcase those venues to give people a better idea of the kind of experience they'll have when they go out to see a show or concert.  They're also the key people that help keep LAjazz.com in existence through their advertising, and they deserve all the support they can get.

A:  LAjazz.com is currently investigating building a new site that does not require the use of proprietary programming code or platform licenses that can meet modern Internet standards and be hosted in Los Angeles - it would include the calendar, database and other useful features of the original site and the multimedia aspects and much better speed and performance of a newer site.  We were only informed in early June that we would be forced to move the LAjazz.com servers and pay the substantial licensing fee described above to maintain the original LAjazz.com, and there was simply not enough time to completely redo the existing site.  If we find LAjazz.com 3.0 can be created at a reasonable cost with enough demand, it will be considered for implementation.

Note:  LAjazz.com is not affiliated with the publication/website LA Jazz Scene.